Sisyphus and the mythology behind it

According to Greek mythology, Sisyphus is a king of Corinth, which became infamous for his trickery and cheating death twice. He ultimately got his divine punishment when the Greek god Zeus condemned him with the eternal punishment of forever rolling a boulder up a hill in the depths of Hades(Underworld).

A technology inspired by Greek mythology

Sisyphus table was built by the Sisyphus industries to bring forth Art through technology. It provides a unique combination of kinetic art, technology, and design blending together to form a stunning meditative beauty. The Sisyphus table contains a metal ball rolling through the sand infinitely creating and erasing beautiful patterns. Lovers of art, technology, and meditation would certainly be drawn to this piece of magical art. 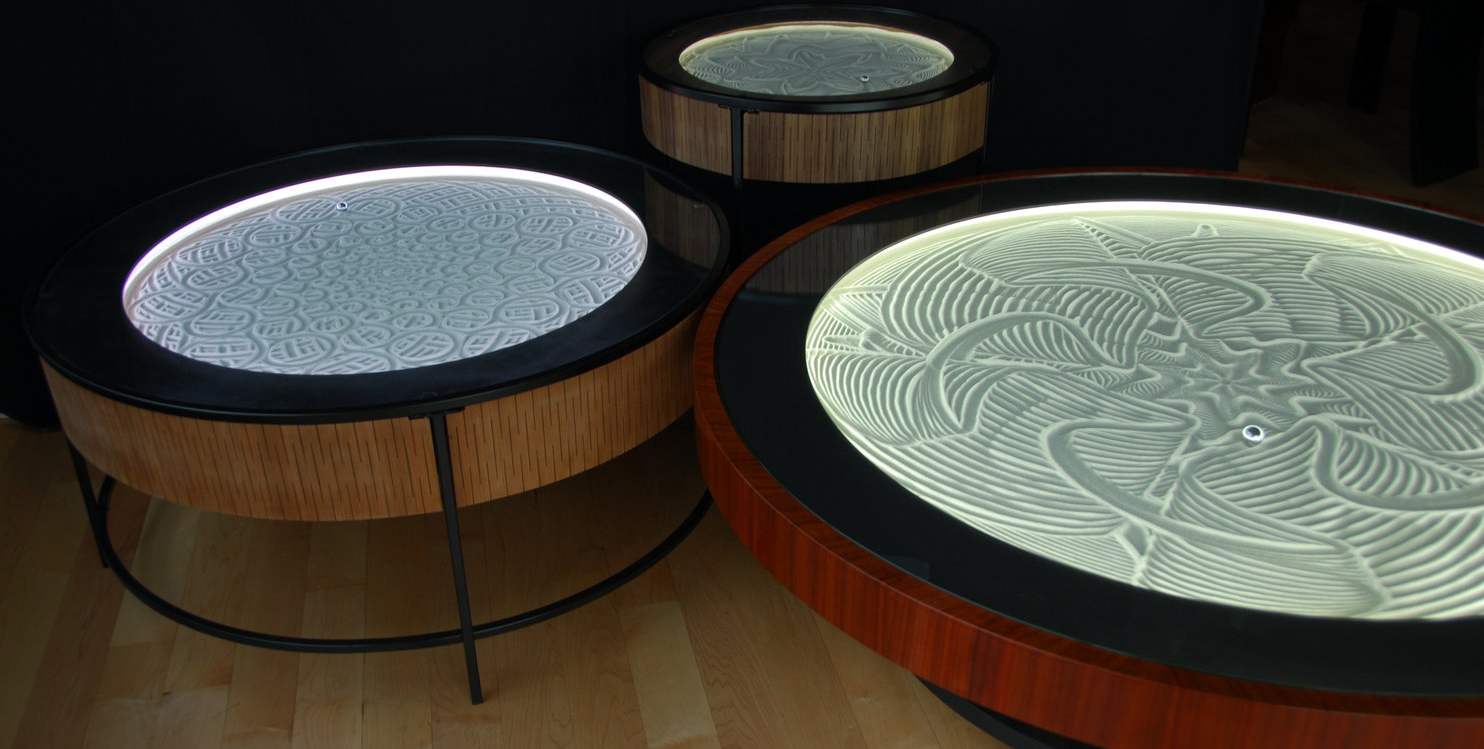 Artist of the hour

Bruce Shapiro is the artist behind the build and design of the Sisyphus table. He quit his job as a practicing physician in-order to follow his passion for technology and art. He wanted to use computer-controlled machines to create art. Initially, Bruce discovered that industrial giants like 3M and Honeywell sold their used automation equipment cheaply on the local surplus market, allowing him access to uber-expensive components at pennies on the dollar. Where the companies had seen tools for mass producing floppy disks and sticky notes, he saw a new art medium. In 1995, Bruce registered his website: "The Art of Motion Control."

Bruce has been creating Sisyphus sculptures for nearly 20 years and has 3-meter diameter permanent installations in Switzerland, Germany, and Australia. He spent the past 25 years dedicated to exploring motion control as a new medium for artistic expression, building art tools and kinetic sculpture that combined his love of art, science, and education.

The bot that does it all

The Sisbot is the hardware sitting below the Sisyphus table which enables the metal ball to create the sand art. 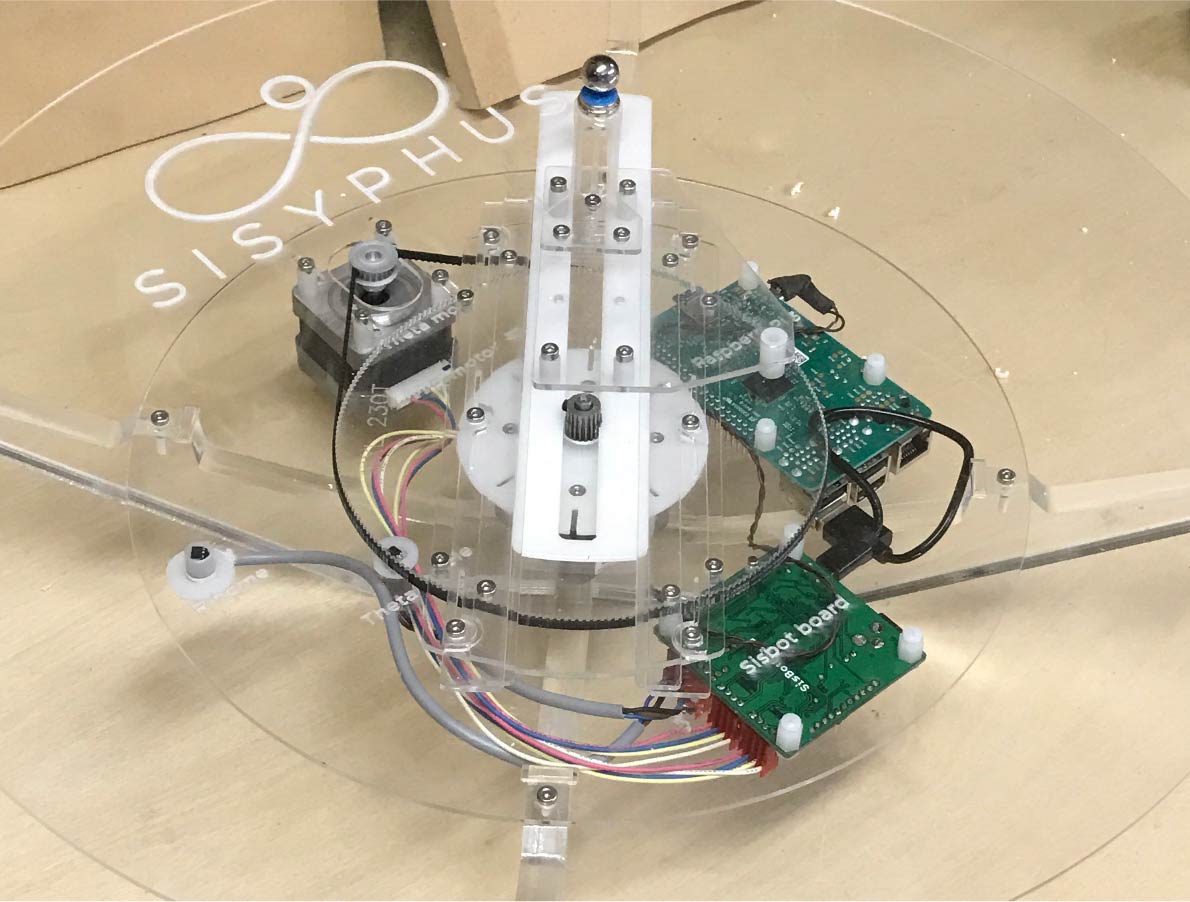 The Sisbot controls a magnet that pulls the metal ball along a programmed path of polar coordinates. The Sisbot incorporates two types of motors based on the material of the table itself.

Each Sisbot is built by hand and individually tested before placement in the tables.

Sisyphus: How to use?

The Sisyphus table is shipped with a standard list of more than 25 tracks. Each track is like music for the eyes, drawing the musical patterns on the sand placed on the table. It doesn't contain any on/off switch. The table needs to be plugged in, and it automatically calibrates itself, loads the default list of tracks, and begins playing. Sisyphus also provides an app for controlling the playlist. Using this app, one can select favorite tracks, create custom lists, pause or change the speed, and dim the table lighting. It is also possible to download tracks shared by others online, or create your own Sisyphus tracks using popular drawing programs like Adobe Illustrator, and send the saved files to your table.